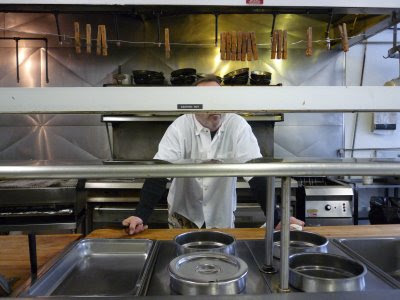 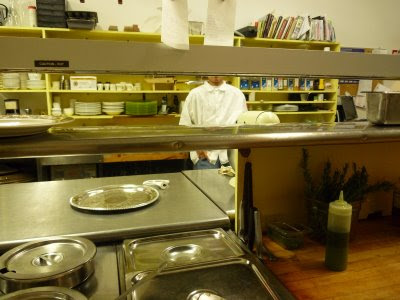 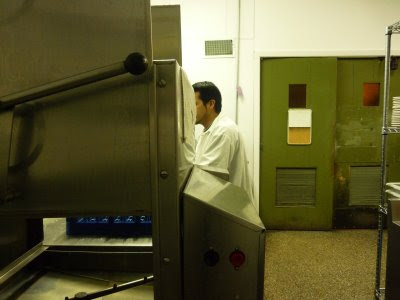 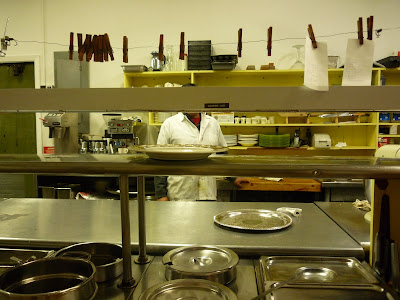 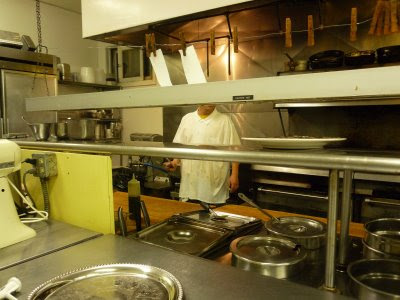 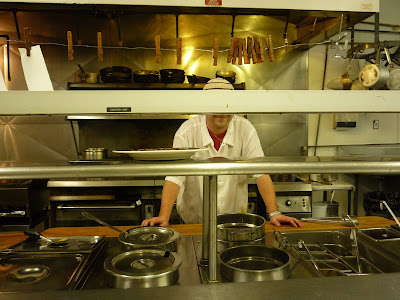 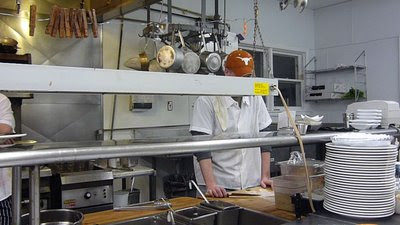 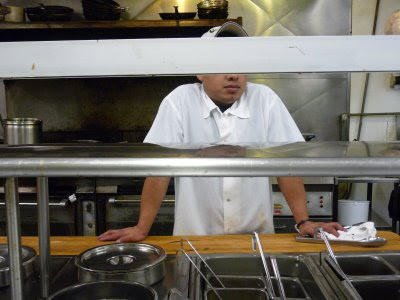 I bumped this up because it occurred to me some people might think less of this crew because of the lack of proper garb. Ask yourself, would you feel differently about this "brigade" if they wore starched white jackets and tall hats? No, really think about it. I already know the answer.

I've never been about pretenses, not big on sizzle or formality. I'm a substance guy. Anyone of these guys could work where ever they put their mind to. Not a bad apple in the bunch. Loyal, honest, tolerant, punctual, trustworthy and can work together like few crews I've seen before. Not a weak link in the bunch. I'd put this bunch of under-achievers against any kitchen any where.

Somos monstruos!
Posted by Salty at 9:28 PM No comments: Links to this post