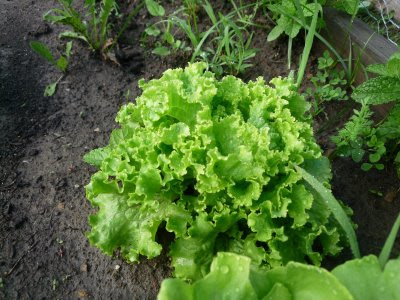 The critters stopped eating the lettuce. Don't ask me why. Perhaps it was the suggestion from a reader that I leave goodies out for the critters to eat instead. 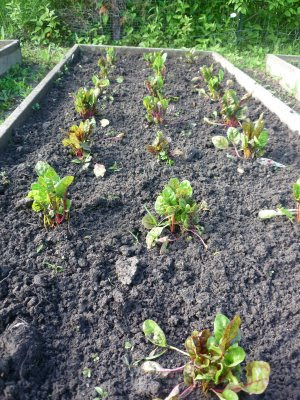 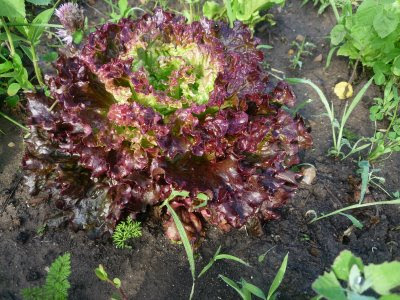 Lola Rossa, The lettuce is gorgeous. 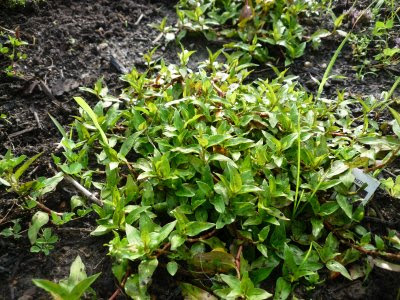 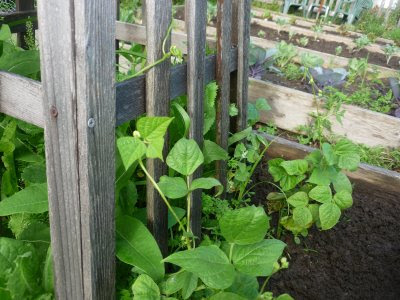 The beans are finding their way. 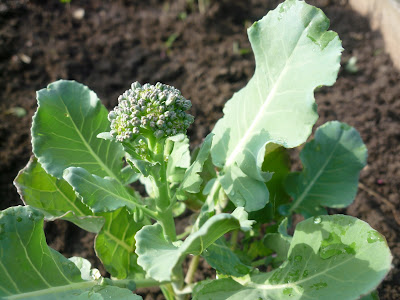 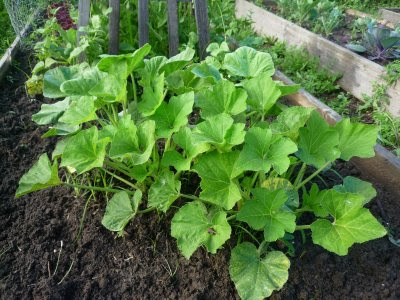 Ha! We finally warmed up and it really kicked the garden into high gear.

I need to catch up on weeding. During this heat spell I'm sneaking out first thing in the morning to do a few beds at a time.

We are currently harvesting lettuce. I hope to use it all this week. If you leave it in the ground to long it will get bitter. It will be sad to see it go but at the same time it's satisfying knowing I'm serving a product that is as good as it gets. Something I planted, nurtured, harvested and prepared. Now it's my job to take this gift and not screw it up. Quite frankly, that's my whole philosophy of cooking.

The peppers, purple basil and tomatoes have buds on them. I saw my first little green tomato today.
Posted by Salty at 7:52 AM 2 comments: Links to this post

Do You Want to Be a Star?

The Next Food Network Star
is NOW CASTING Season 6 in Chicago!

Do you think you have what it takes to host your own show on the Food Network?


WHAT WE ARE LOOKING FOR:

Lots of Energy and Enthusiasm


What to Bring:
1. Two recent photos
2. A copy of your resume
3. A filled out application (found at www.FoodNetwork.com/star)

For more information or questions please e-mail us at nfns6chicago@yahoo.com
Posted by Salty at 6:08 AM 1 comment: Links to this post

Update From The Garden 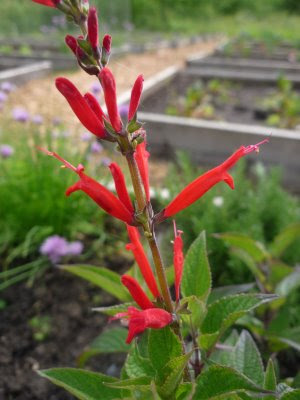 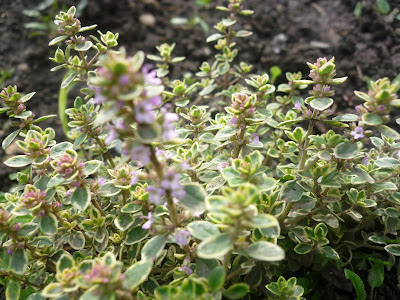 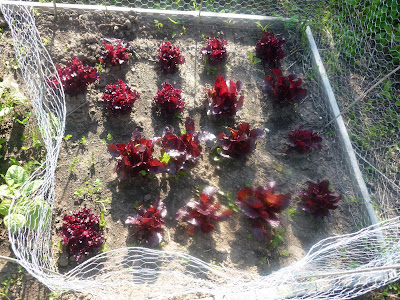 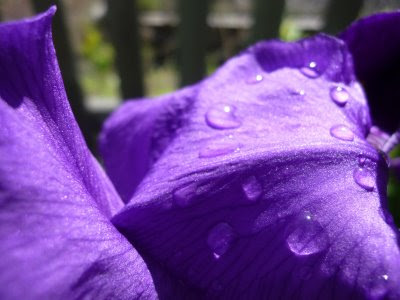 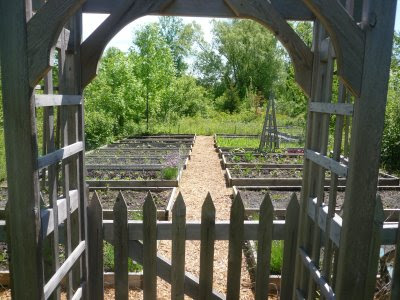 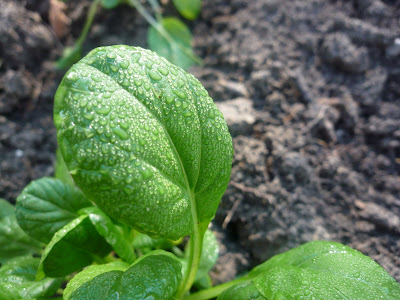 Posted by Salty at 5:32 PM 3 comments: Links to this post

I admittedly don't make the drive to Caledonia very frequently, but found an enticing reason to travel there after visiting Sebastian's Fine Food and Spirits, 6025 Douglas Ave.

Patrice and Scott Sebastian, veterans of Milwaukee's dining scene, have created and maintained a surprisingly comfortable, casual, yet high-end dining experience in one of the more beautiful restaurant spaces in our area.

The building, which for years housed the Spinning Wheel, was refreshed and refurbished when the couple opened Sebastian's nine years ago. Bright, airy colors enliven the cedar walls, a combination of antique cars and trains is behind the bar and floral accents linger throughout the space.

An immaculately manicured lawn and herb garden acts as the focal point of the main dining space, and a fireplace takes center stage in an adjacent dining area. Sebastian's is the type of restaurant that serves just as well for entertaining clients as it does for a quiet evening with family or a more celebratory friendly get-together.

The Sebastians formerly (and famously, to those who remember traveling to the location on 23rd and Wisconsin) owned both Café Sebastian, and Catering by Sebastian's. The pair had previously worked in Milwaukee icons such as West Bank Café, Chip and Py's, and Mike and Anna's, and after running both catering and café for several years in the 1990s, in addition to maintaining other careers, they made the full-time leap to opening Sebastian's in Caledonia in 2000.

The menu at Sebastian's marries fresh herbs from Patrice's garden, Scott's penchant for classic French preparation and sauces and the light, fresh flavors of Asian-influenced cuisine. The one-page selection of small plates and entrées is well-considered and ebbs and flows with the seasons, but diners can always expect fresh fish and seafood selections, steaks and unique salads and appetizers.

Asian influence has become more prevalent in their cuisine in recent years, and coincides with Scott's hobby and passion for Japanese knives. On my visit, I got to sample both their flair for the flavor influence and adeptness with utensils in a smartly sliced tuna dish that wrapped sashimi-grade tuna in nori and ginger before tempura battering, frying and accenting with a brightly flavored and colored pepper and mango slaw.

Small plates are $12 or less and feature standards like crab cakes and mussels, with a Sebastian's twist. Plates here look nearly too good to eat, and salads and specials are ripe with creativity. For dessert, expect interesting homemade selections like beignets with cinnamon ice cream and chocolate and caramel sauce.

Friday evenings feature a three-course menu for $19.95, with your choice of soup or salad, one of two entrees and one of two desserts. A recent Friday menu offered a Korean-style barbecue pork and a walleye dish.

But with a daily menu and nightly specials as intriguing as they have here, you may want to forgo the pre-fixe and dive into something more ethereal, like a copper river salmon or a yellow edge grouper.
Posted by Salty at 5:27 PM 4 comments: Links to this post

As always, click on the photo for a close-up. This is going on the menu. Different sauce and maybe some micro greens and something, something. 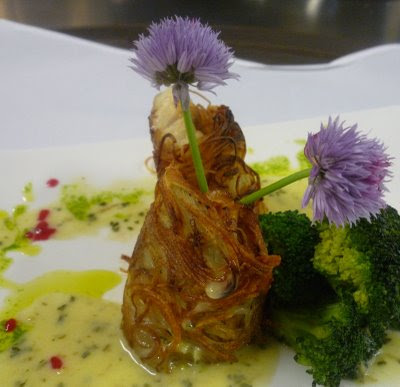 As I walked through the gate to the garden this morning I couldn't help but notice a feeling of peace and harmony as the slowly rising sun warmed the cold earth after an especially chilly June night. I wanted to sit down and have a cup of coffee and enjoy it. 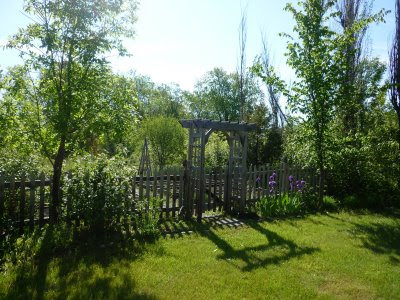 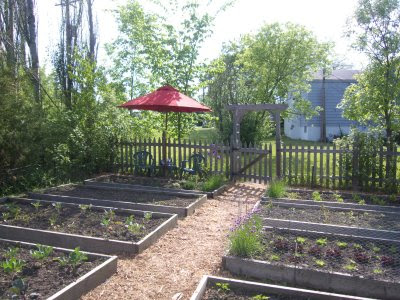 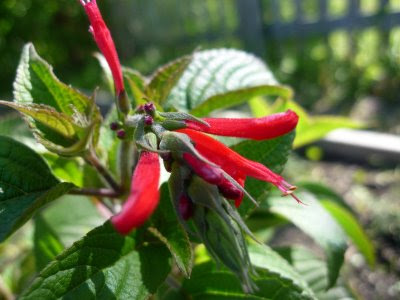 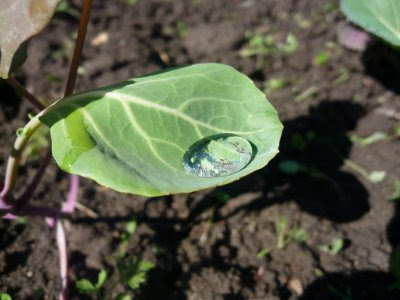 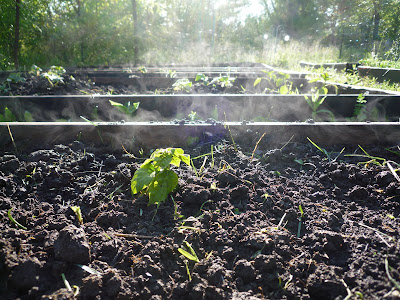 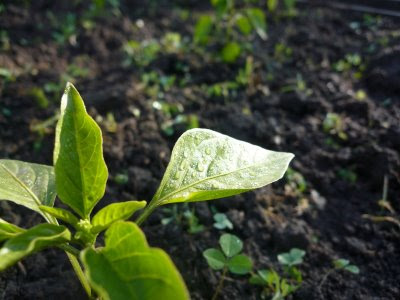 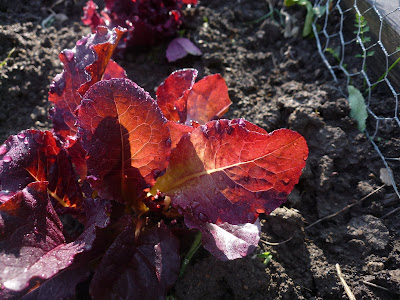 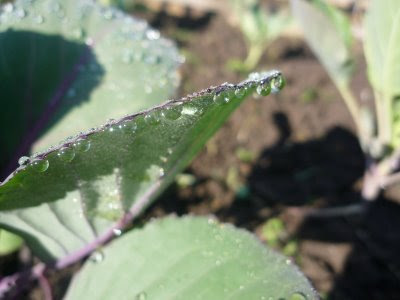 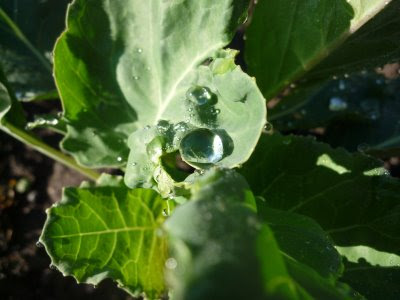 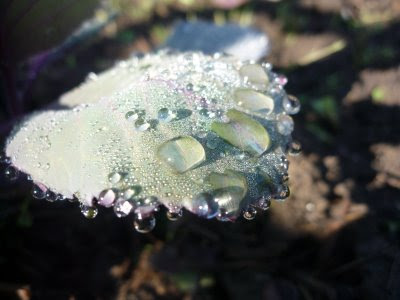 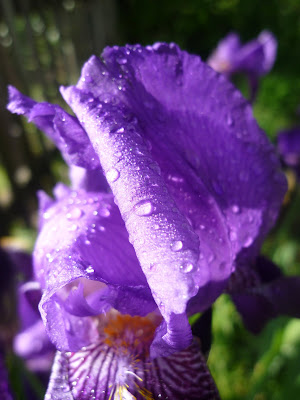 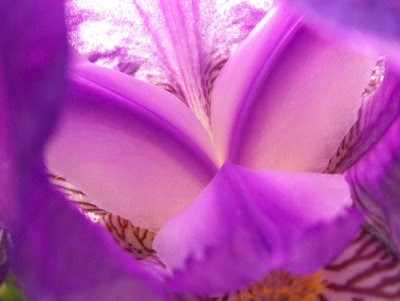 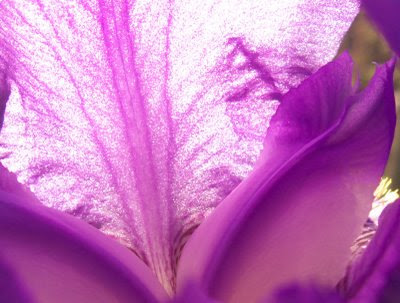 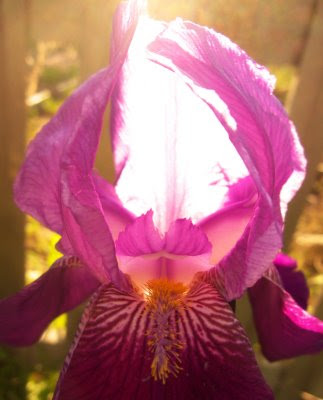 Posted by Salty at 7:41 AM 4 comments: Links to this post